Sometime back, I purchased an overpriced piece of electronic gadgetry to transform Dyno Hub power into 5.5 Volt USB power to keep cell phone and Ipod charged while on long bicycle adventures. The item in question was called “The Plug”. It was made in Germany, was overpriced, and had the ridiculous design protocol that required it to become a permanent part of one’s bicycle. This was not OK.. I redesigned “The Plug” to fit in an external casing and could then be utilized anywhere or on any bike. It was, however, extremely heavy and bulky. A short while ago the guys at Bright Bike Labs sent me a product called the “Revolution “. It is a product they came up with to provide the same thing that The Plug offers.. at half the price and a quarter of the weight (after my conversion). I have now mounted it to the Ogre and have removed the supertanker known to me as The Plug. It is light, simple, and most importantly, it works!  I will be leaving next week on a 4000 + mile pedal through The Yukon, Alaska, and the Northwest Territories, and will be relying on the Bright Bike Revolution to provide me with a fully charged Ipod and Cell phone at all times. After some miles, I will be reposting on the Revolution for an update on it’s perfomance, so check back! 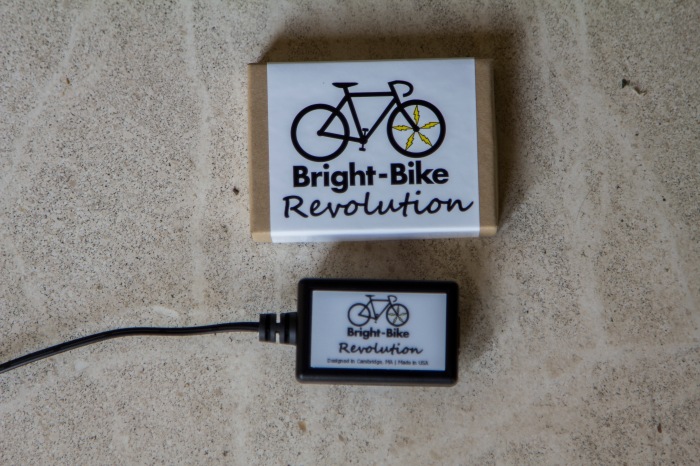 3 thoughts on “The Revolution I”