Finally off the boat in the late afternoon, Skagway seems to be a serious tourist trap so I catch a Foster’s oil can, and head for the hills. White Pass (3296′) climbs all of it’s elevation gain in about 9 or 10 miles. Fresh off the boat from sea level, I am catapult into a hill climb like no other. My legs are not strong yet, but my spirit is high and I climb, slowly and methodically, towards the pass. About a mile from the true summit, with most of the climbing done, I choose to camp; a mediocre roadside pullout, but with 4 feet of snow everywhere, it will have to do. In the AM I wake, pack, and get on to the top via it’s last mile of climbing and sail down the other side and into B.C. Coming into view to the east is a peak of sizable proportions bearing a jagged glacier, exposing it’s innards in the form if giant seracs and expansive crevasse fields. A few miles later  comes the Canadian Customs office, where they grill me hard. Back in the 80’s, when I was going to the Canadian Rockies a lot, I would get waved through into Canada, but upon returning to the U.S., I would be searched and treated like an axe murderer. Now it seems, the tides have turned. Glad to be allowed in, I continue pedaling on and into the great Yukon.  I wander on, taking in this place, smelling it with my heart, seeing it with my mind. I roll into the tiny village of Carcross, and a First Nation’s woman tells me of a cow Moose and her two sow’s, down by the water. They have taken refuge here near town, an escape from the chasing and harassment from the Bears and the Wolve’s she says.

That nigh I set up an early camp in the Carcross Desert, an area of unfitting sand dunes in the North. Not a desert though, it is the remains of an ancient glacial Tarn. That night I hear Wolve’s and I now feel more at home than ever.

Later the next morning I roll by a little lodge roadside and decide to stop in for some breakfast. While sipping coffee and consuming an extraordinarily delicious omelet, I chat with the owner, Richard Tran. He and his father, Henry Tran, bought the place some time back and now have a good thing going. Called the Spirit Lake Wilderness Lodge, they have a great little restaurant, camping, fishing, and Yukon hospitality that cannot be beat.  Richard tells me that the Spirit Lake Lodge has been popular among the bicycle touring crowd since they opened. If you are passing through, give ’em a check out.  Later, I pass abook on the side of the road, discarded or forgotten, it is a Mandolin player’s guide to classic rock songs. How fitting. On I pedal and it begins to rain; then it begins to snow, but lightly. It feels good nonetheless, and I am thrilled to be traveling such splendid country once again.

In the morning the sun shines brightly and not a cloud to be seen, I can tell right away that this is going to be an extraordinary way to get started on the North Klondike Highway, enroute next to Dawson City…  Onward. 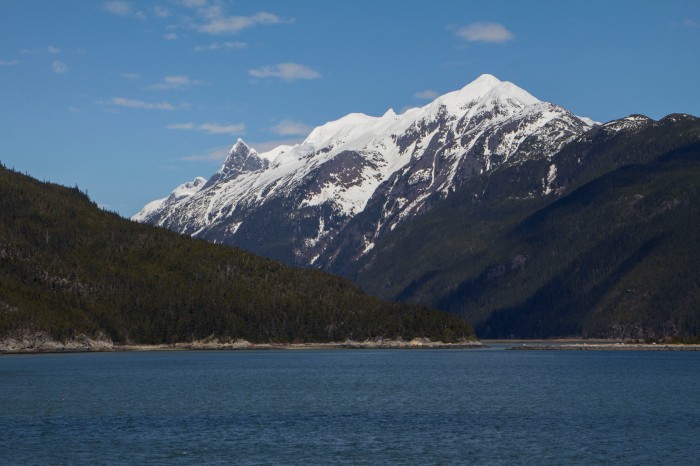 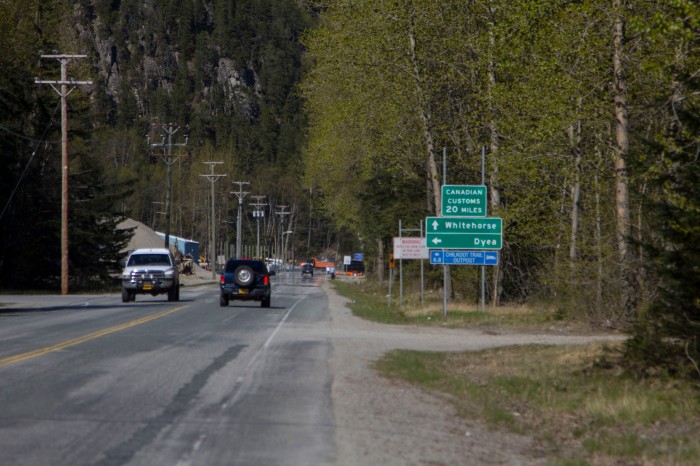 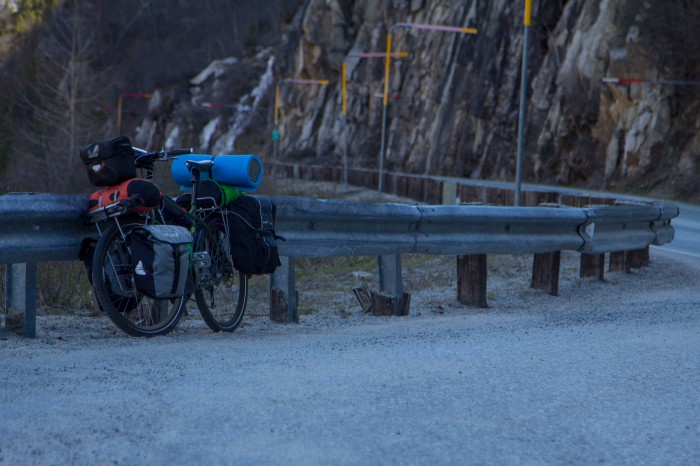 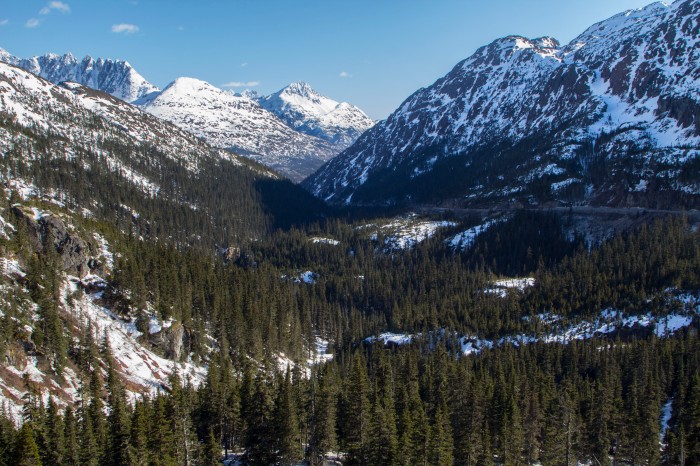 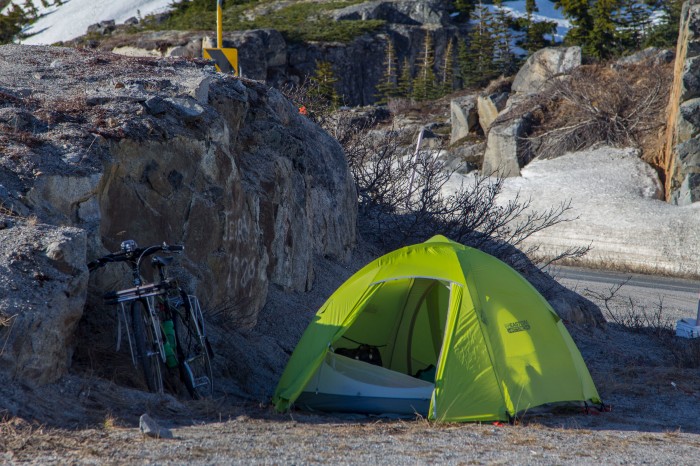 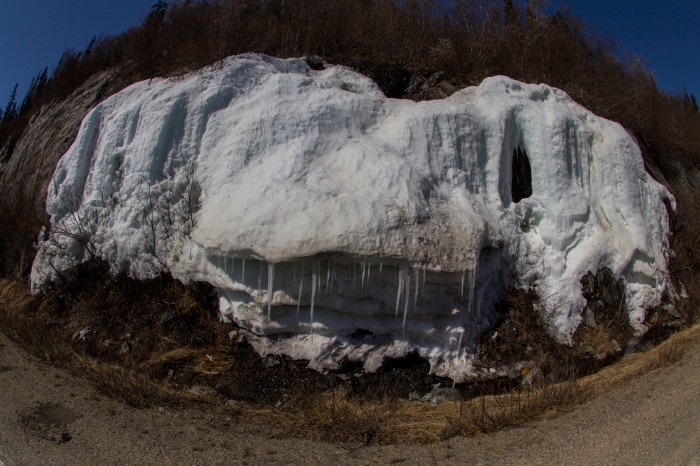 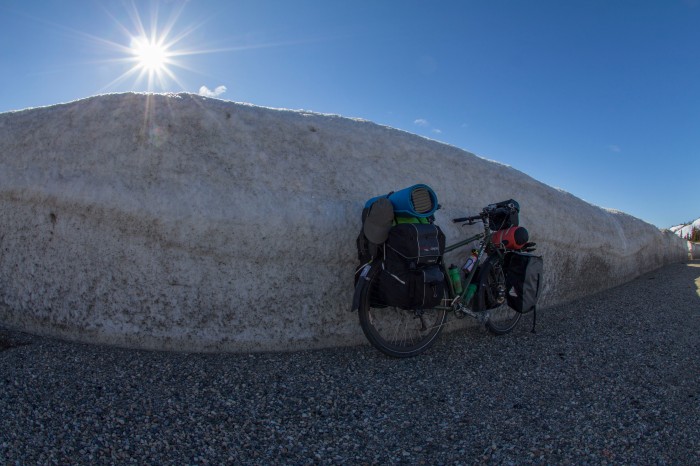 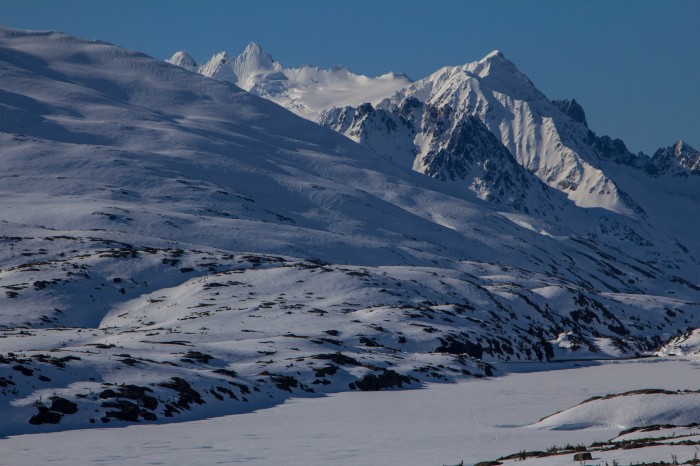 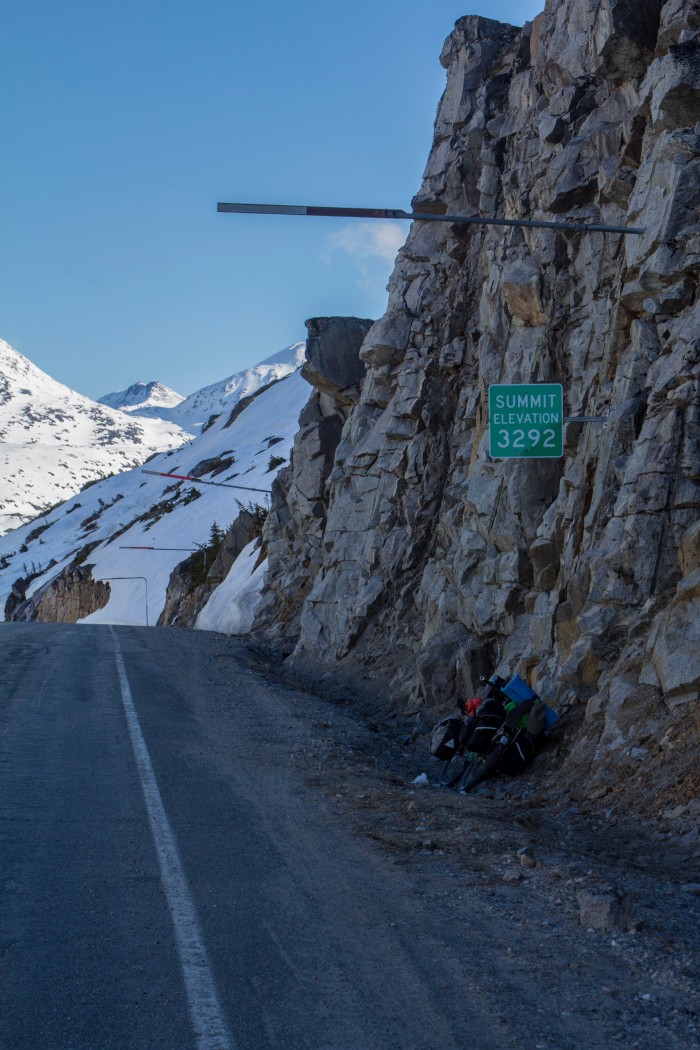 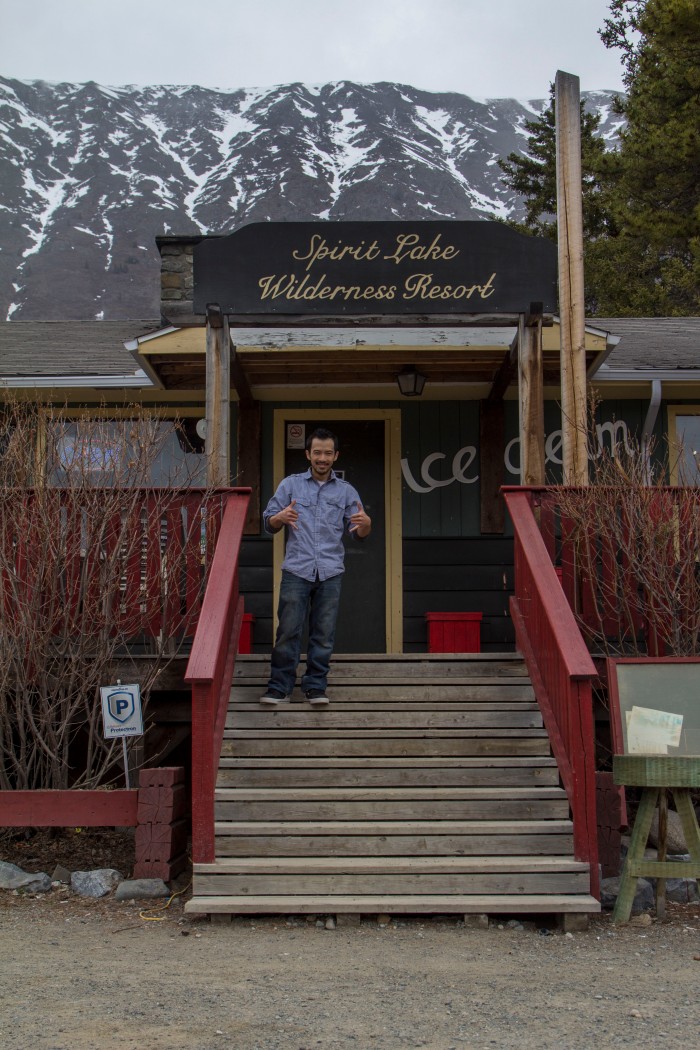 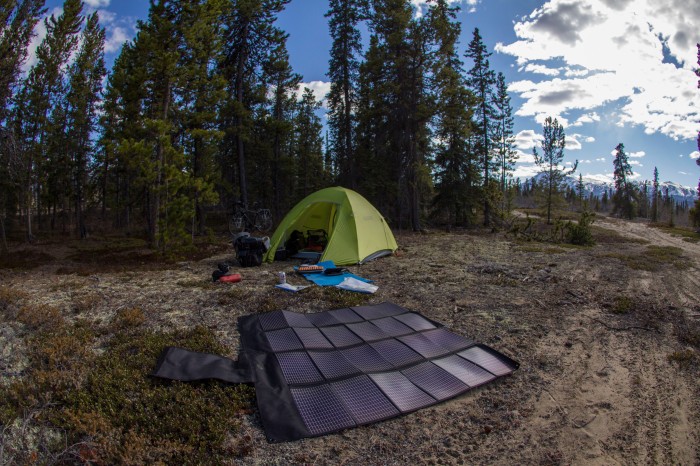 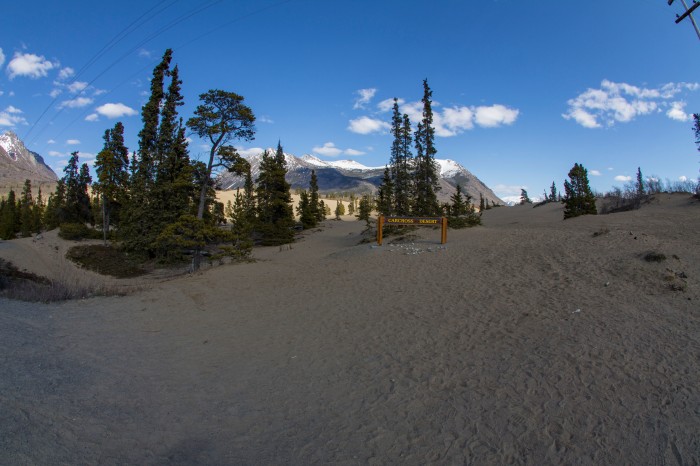 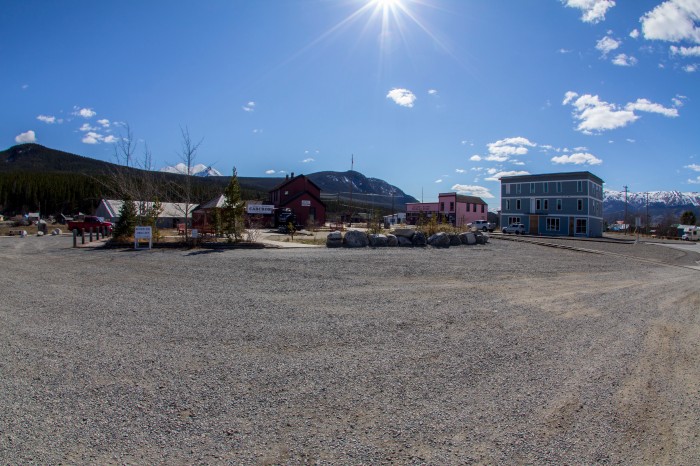 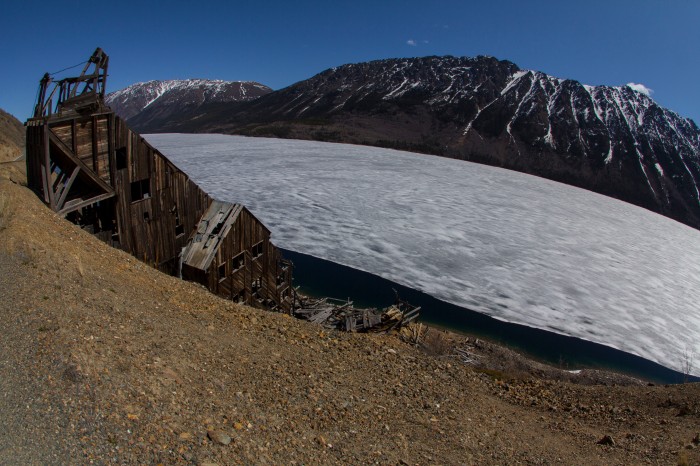 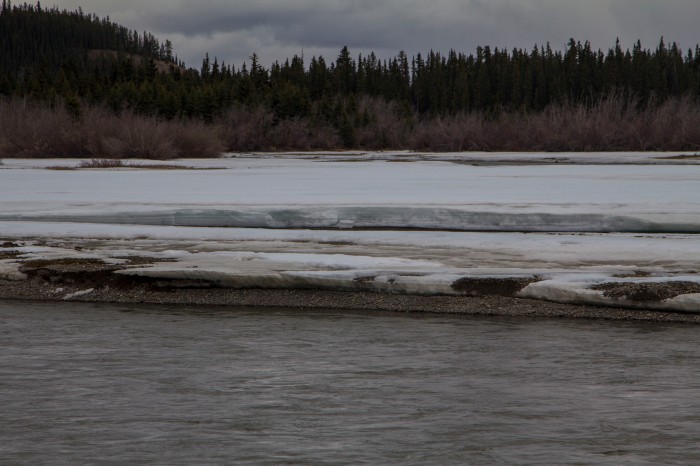 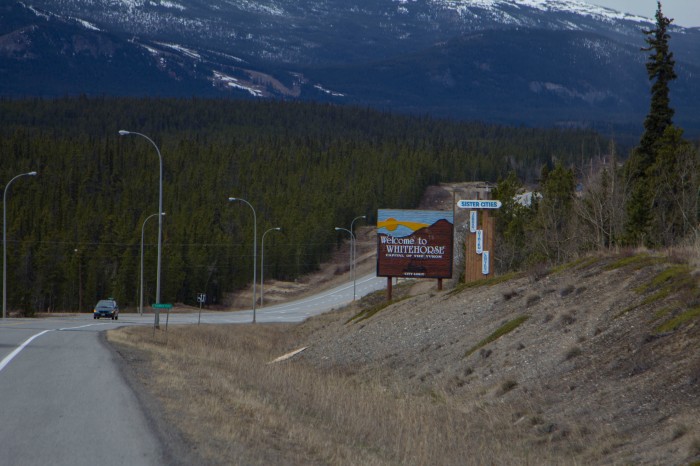 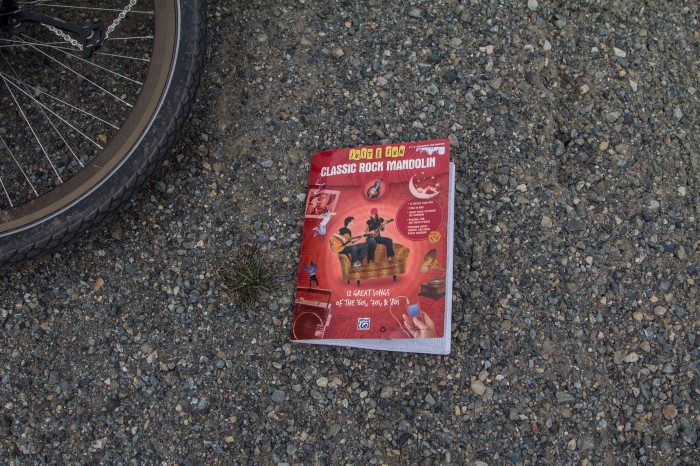 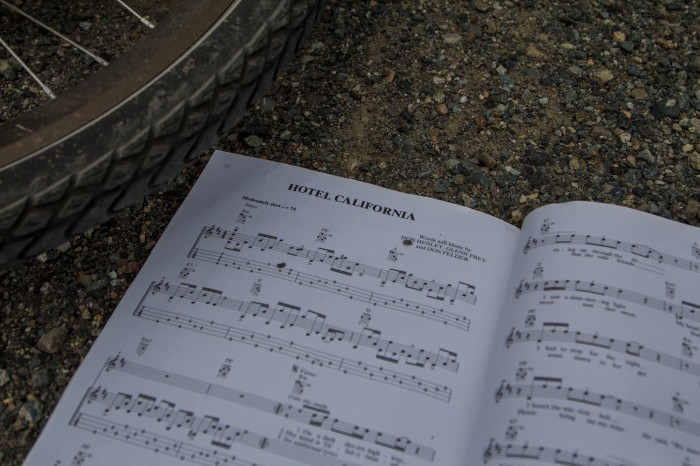 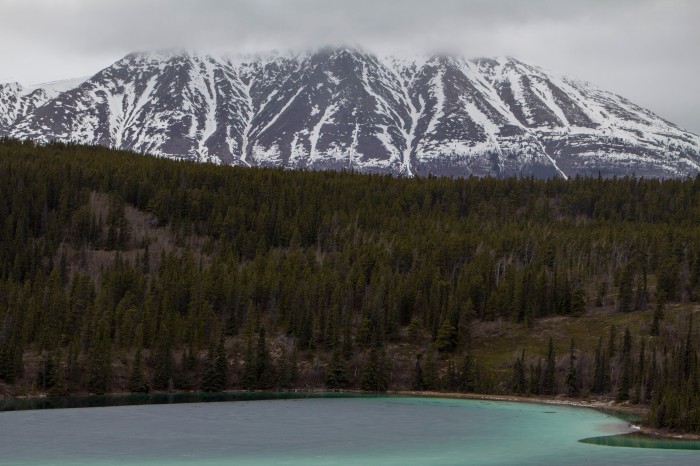 3 thoughts on “Into the Yukon” 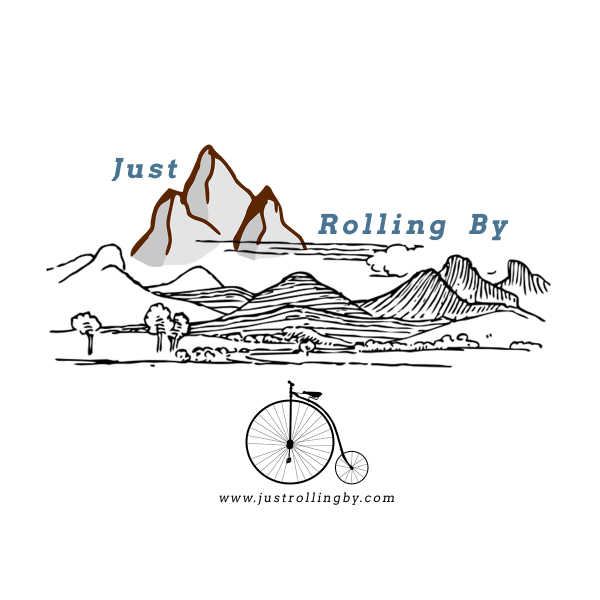